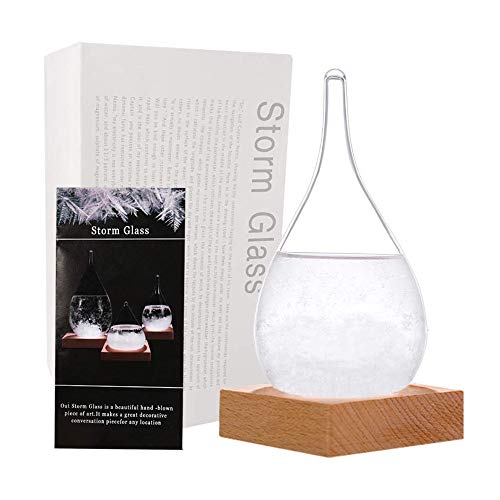 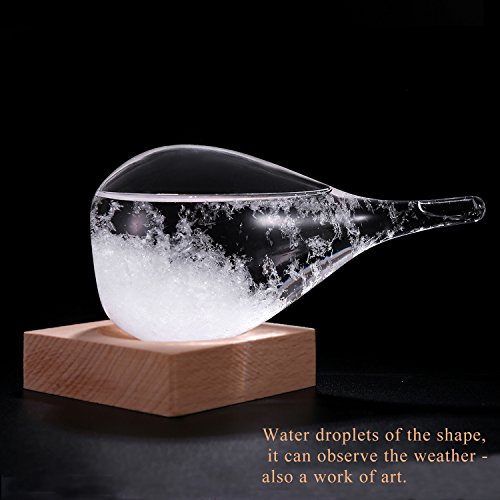 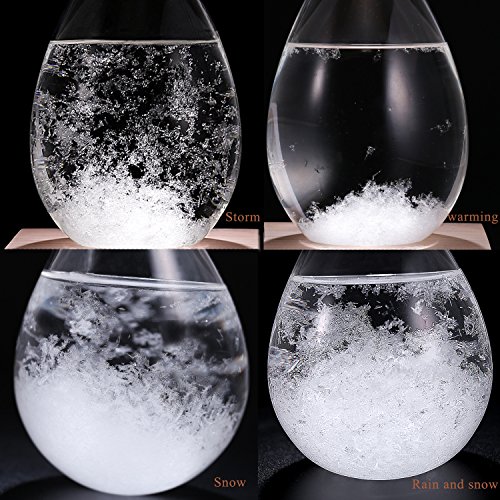 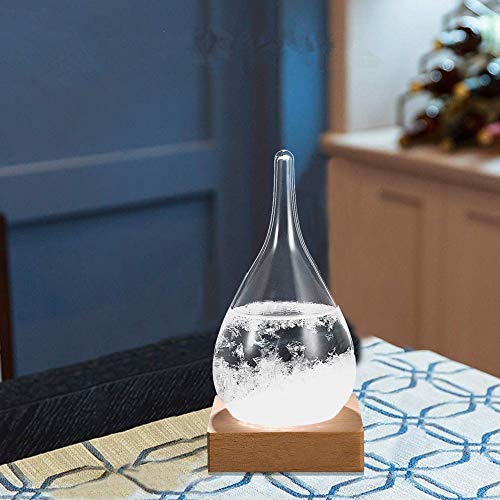 Note: GDSCF has never been licensed to any other store seller!

Invented in the 18th and 19th centuries, it was often considered the British captain, Darwin was a long history of sailing his ship.
Of course, he does not seem to advance the prediction (which is a bottle of magic!) “Descendants” storm glass principle to do some research.
Anne Mary Helmsstein considered the storm bottle according to the effect of atmospheric temperature and pressure on the working solubility, but she did not exactly determine what ingredients were causing the change.
There are other scientists who argue that the bottle is sealed and can not effectively perceive the pressure and temperature, and then suspect the effectiveness of the weather forecast for the stormy bottle.
The interaction between the outer wall surface and the internal mixture proposed by the new storm vault allows the formation of crystals.
Some people think that the current role of the glass material itself and quantum tunneling to a certain extent will affect the rendering effect of the rainbow bottle.
The number of papers in the above experiment was reduced, and it was argued that the prediction caused by the temperature of the storm bottle was the only factor affecting the growth of the feng shui bottle.
feature:
The drip glass contains a liquid that is very strange for the object, repeating the various forms of crystallization, depending on the weather changes.
According to the weather. You can enjoy the glass form of crystal in a variety of ways to change the state. When the weather changes, the crystal form changes the object.
include:
1 * Storm glass
1 * Solid wood base
1 * manual
1 * Elegant gift box
[Luxury and exquisite decoration] You can put it in the center of the bedroom or living room to attract attention, the shape of the water drops and the wooden base can add atmosphere to the family, bedroom, bar, office, hotel room.
[Weatherman] Storm glass will undergo physical changes based on ambient temperature. From the cloudy sky to the sun, to the transparent crystal bottle, a variety of subtle changes have been formed. Meteorologists came from innovations in the 19th century because it created an amazing model. It was transformed into modern art and weather forecasters.
[Elegant Appearance] Storm Glass constantly creates gorgeous patterns, decorated with its unique design, and is now loved and noticed by people. Its wooden base can be added to the design at will, and it also marks the whispers and patterns between couples and couples.
[Gift] Unique gift birthday, Valentine’s Day, Thanksgiving, Christmas and unusual crafts, you want unique and charming gifts.
Storm glass bottles take some time to adapt to the environment and stabilize the wafer. You can also put it in the fridge for 30 minutes to speed up its changes and working hours.